I enjoy nature sounds as much as the next person. In fact, I love using sites that let you create custom sound profiles. I can listen to the crackling fire, the howling wind, and even add in the sound of chirping crickets when I want to feel like I’m sleeping under the stars. But I draw the line at having my rest disturbed by the deafening sound of cricket symphonies. I prefer to at least have the option of opting out of those kinds of performances. And so I’ve decided to share my tips on how you can get rid of cricket noise at night.

I know liking the sounds of nature but only in controlled environments sounds weird. If it were only the fire and wind sounds, I might be able to put up with it. But it’s the presence of insects that bothers me, and for a good reason, too! Crickets aren’t just nature’s tiny musicians — some of them can be real troublemakers, especially if they get into your home.

Why You Should Get the Cricket Problem Under Control

If you don’t mind the sound crickets make, you might think that none of this information applies to you. But, if you’ll give me a minute, I’ll convince you to take steps to prevent these insects from infesting your yard.

Most people know what crickets are and how they behave, but let’s start with a little refresher. If you live in the US, you’re probably familiar with three species of crickets:

As you can see, not all crickets even have the ability to create the chirping sound the species is so famous for.

How and Why Do Crickets Make Noise?

There is a common misconception that crickets create the chirping noise they’re famous for by rubbing their hind legs together. Plenty of animated movies over the years have shown them doing just that. However, that’s not exactly true.

Instead, crickets use their wings, which have large veins running down the bottom sides. When they rub one of their wings over the other, the comb-like structure protruding from these veins rubs against the top surface of the other wing. You can see the motion and hear the sound, if you’re unfamiliar with it, in this video.

Even though the video was shot during the day, you’re more likely to hear these sounds at night. After all, crickets are generally nocturnal. It’s worth noting that only male crickets make this kind of noise. Like most of nature’s flamboyant behaviors, the musicality of these insects is meant to attract females and warn off other males.

If you’re keeping them as food for other pets, this information may help you keep the noise down. You’d just have to find dates for all of the males — how hard can it be?

All jokes aside, there is a way to trick the crickets into thinking it’s nighttime during the day and vice versa. If you keep all of the crickets in an aquarium, you can cover the whole thing with blackout drapes during the day, and keep it under bright lights at night. That way, they’ll only chirp during the day when your tolerance for the noise is higher.

How to Get Rid Crickets out of Your House or Yard

Now, there are two ways to get rid of cricket noise: get rid of the crickets themselves or muffle the noise. Here are my suggestions for the former.

If you’re struggling to keep the population of crickets in your yard under control, the first thing you’ll want to do is make them want to leave. To do that, you’ll need to remove any incentives they have to stay: food, shelter, and water.

Removing the crickets’ food source will be difficult. However, what you can do is dry out damp areas and remove any standing water, like your dog’s water bowl (if the dog’s not using it, obviously).

Then, there’s the matter of your outdoor lights. Like any insect, crickets are attracted to lone sources of light. However, they’re not big fans of bright yellow bulbs and sodium vapor bulbs, which simulate daylight. But, full disclosure, your neighbors may not be fans of bright lights either.

Most importantly, crickets love to hide. So you should remove any convenient hiding places in your yard. If you have firewood outside, move it to a shed or the basement — making sure no crickets can follow. You should also clear up any debris, rock piles, or furniture you don’t need. 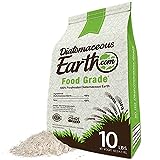 Even trimming the lawn can make your yard a less tempting location for crickets. After you do that, you can spread food-grade diatomaceous earth wherever the crickets usually hide. This powder isn’t toxic for you or your plants, but it will dry out the crickets’ exoskeletons. So if you’re annoyed enough with them to give them a gruesome death, that’s one way to do it.

Before you move on to cricket-proofing your home, you should make sure the insects can’t follow you inside. Keep the windows and doors closed and locked, or at least install bug screens. You should also seal any cracks in the foundation and the walls.

Once again, crickets love warm, humid environments. So keep your home cool and dry. Take the time to fix leaky pipes and wipe off sinks and counters when you finish using them. You can also get a dehumidifier to keep the air dry.

As for the temperature, you ought to keep it under 74 degrees Fahrenheit, since crickets thrive in temperatures between 80 and 90 degrees. Anything below that range will encourage them to leave your home.

On the other hand, if you want the crickets you keep as pet food to pipe down, move them to a cool corner of the basement. Cover the aquarium with a screen top, so the heat and humidity can escape. That should make them less likely to chirp.

There are plenty of things you can use to lure crickets into a trap, outdoors or indoors. If you spot one in front of you, you can just trap it under a jar or a cup. Once you have it, you can kill it or release it somewhere. But as the saying goes, you’ll catch more flies — or rather crickets — with honey.

With that in mind, you can always set a bowl of something sweet and sticky wherever you think the crickets are. Mix a bit of maple syrup or molasses with water, and put it in a jar or a bowl. When the crickets descend, they’ll slip into the mixture and drown.

If that’s too harsh for you, you can also use sticky mouse traps. Just put some cornmeal in the middle, and they’ll get stuck. I also know some people who use beer cans to catch crickets — and why not? Empty the can almost entirely, then put it on its side. The crickets will come inside to get the remaining drops of beer, but they probably won’t be able to come out.

If you’re not particularly empathetic to the crickets’ plight, you can also introduce a predator. That’s actually how the crickets of the Hawaiian island of Kauai lost the ability to chirp! Crickets have a lot of natural predators you don’t want near your home, such as other bugs, reptiles, and rodents.

However, there are plenty of bird species that wouldn’t mind being your sentinels. But if you’re not thrilled with that concept either, you can get a cat or a dog. And if you’re not ready to commit to having a full-time pet just to get rid of some bugs, you can just call pest control! Now there’s a cricket predator for you.

If you’re unable to get rid of crickets, you can always shut the noise out. There are plenty of noise-canceling devices you can use to get a better night’s sleep. Even if you can’t handle earbuds, you can always soundproof your bedroom. So let’s talk about how you can go about doing just that.

The most effective way to shut out external noise while you sleep is to plug or cover your ears. I’ve already recommended plenty of excellent products in other articles, so going forward, I’ll just point you to those.

If you don’t mind having things in your ears, you can get earplugs. The foam ones can be pretty comfortable. However, there are other options for people who easily get headaches from earplugs or earbuds.

Earmuffs are one of my favorite kinds of sleeping products. I particularly like those that also double as sleeping masks. They can’t completely block out the noise the same way earplugs can. But, in my opinion, they’re comfortable and effective enough.

Lastly, if you can’t fall asleep in complete silence, you can get noise-canceling headphones or earbuds. I’d recommend going for wireless ones with an automatic shut-off option. Otherwise, you might find yourself completely tangled up in the morning, especially if you’re a restless sleeper.

Distract Yourself With White Noise

On the other hand, if you can’t have anything in or on your ears while you sleep, there are other ways to disguise the sound of chirping. White noise fans or sound machines can confuse your ears into thinking the noise has stopped. You can read all about how they work in the articles I’ve linked to.

For now, it’s enough to know that there are two kinds of sound machines. Electrical ones like the Lectrofan usually play recordings of white noise and various nature sounds. They have timers and volume controls, so you can set them to your liking.

On the other hand, you have mechanical machines, which can create white noise. The Marpac devices are famous for having these exact properties. These devices usually sound more natural to the ear, so they might be worth trying.

If you can hear the crickets through headphones and white noise, it may be time to consider more drastic options. Luckily, soundproofing your room from outside noise has benefits outside of not having to hear crickets serenading each other. 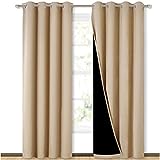 As I have explained in the article I’ve linked to, the most important areas to focus on are your doors and windows. If you want to make your bed a quiet cocoon, create a canopy with soundproof curtains or room dividers.

Don’t Let Crickets Set up Shop in Your Yard

As you can see, there’s more than one way to silence a cricket. On the one hand, you can chase the cricket orchestra out of your yard. Alternately, you can use the tools at your disposal to muffle the noise or distract yourself from hearing it with white noise. Either way, one of the tips I’ve shared here will surely fix your problem for good!